In July, 1906,  ‘an attractively furnished and well-equipped” Y.M.C.A. home and club for the convenience of Volunteers, Regulars and others, was formally opened at Stobs for use during the summer season. The cost of the building and furnishings had been £1,650. 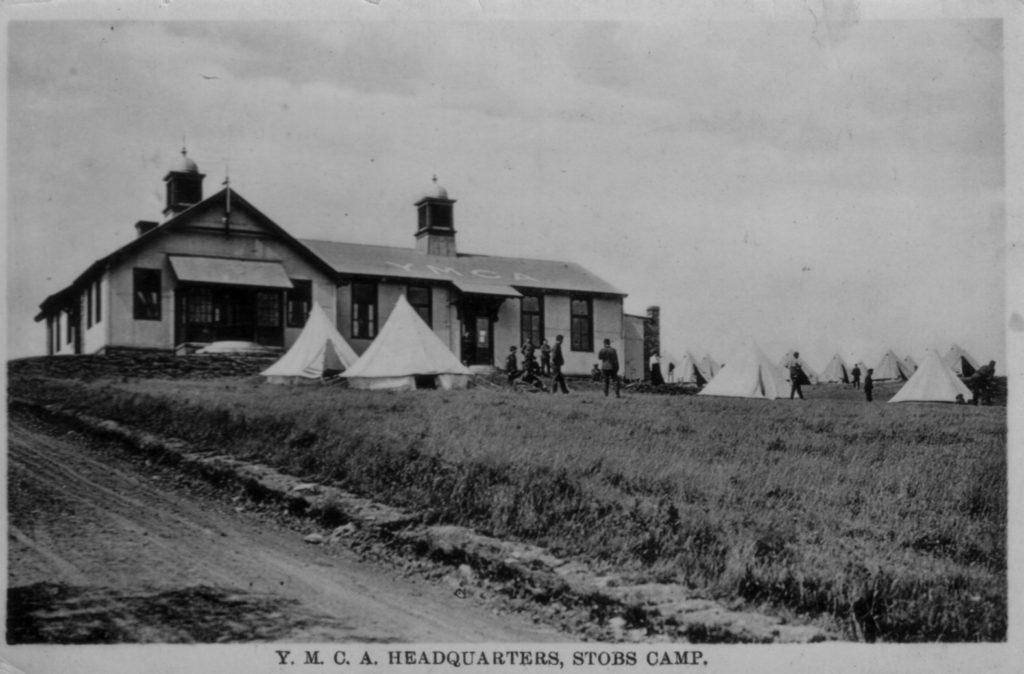 Which was just as well as the following month, five battalions of Volunteers, some 3,500 men, undertook a long route march from Stobs, around the surrounding district, and back to camp ‘accompanied by the different brass pipe and bugle bands and they presented a magnificent spectacle, attracting great attention, especially in the streets of Hawick, which were lined with spectators. In the heat of summer, even the walk of nearly 4 miles from Hawick would have given the men a thirst. 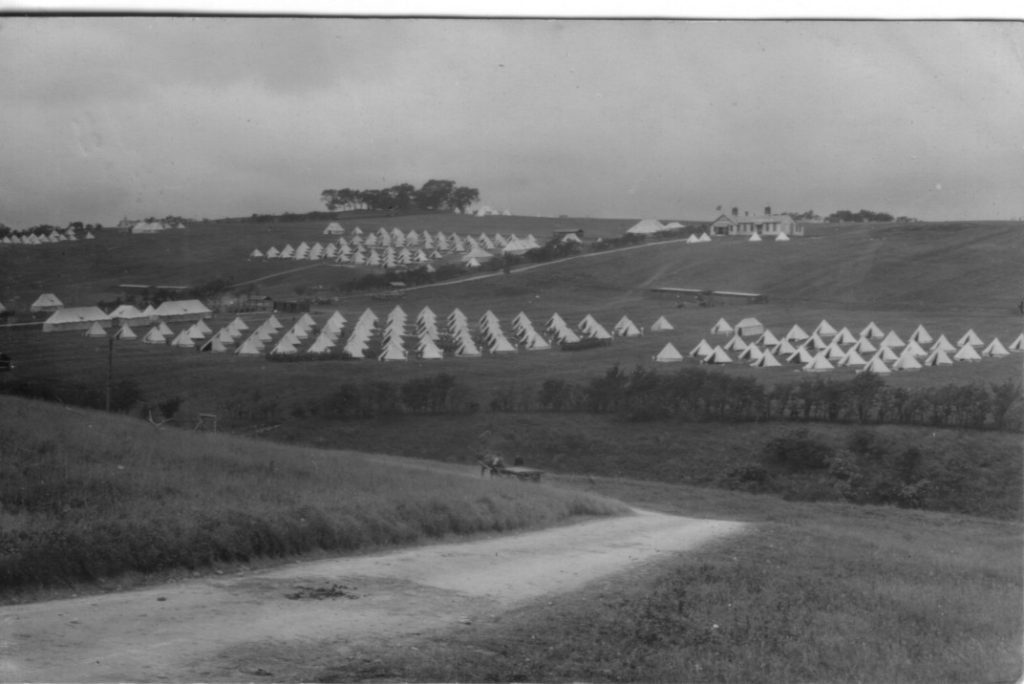 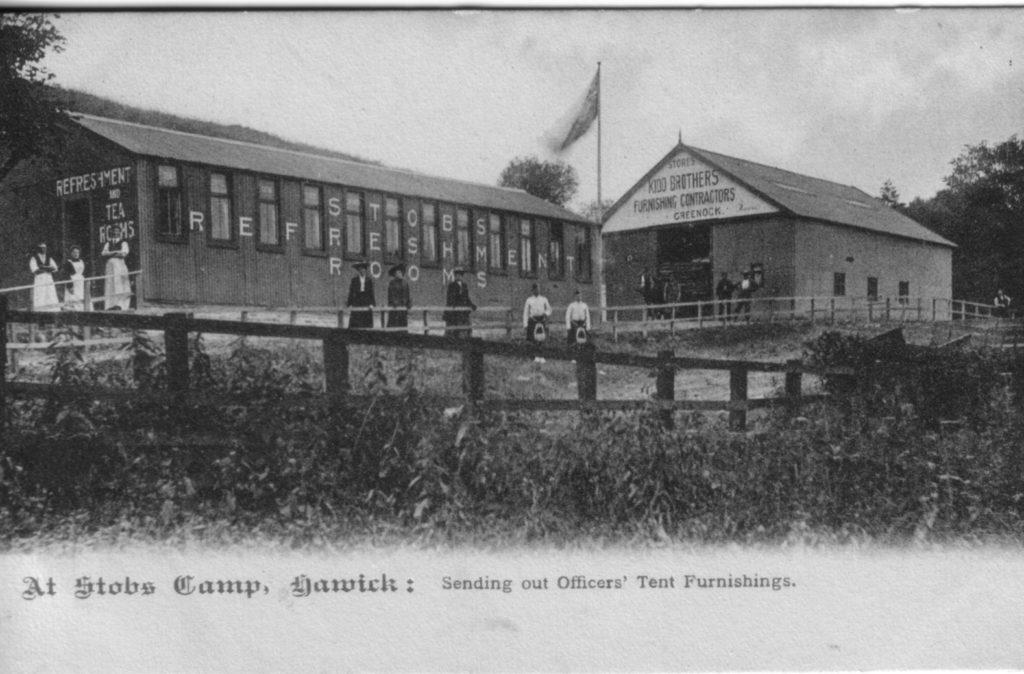 Kidd Brothers, furnishing contractors, Greenock, with their Officers’ Tent Furnishings store at Stobs. It sat next to “Stobs Refreshment Rooms”. The location of both buildings is hard to establish.