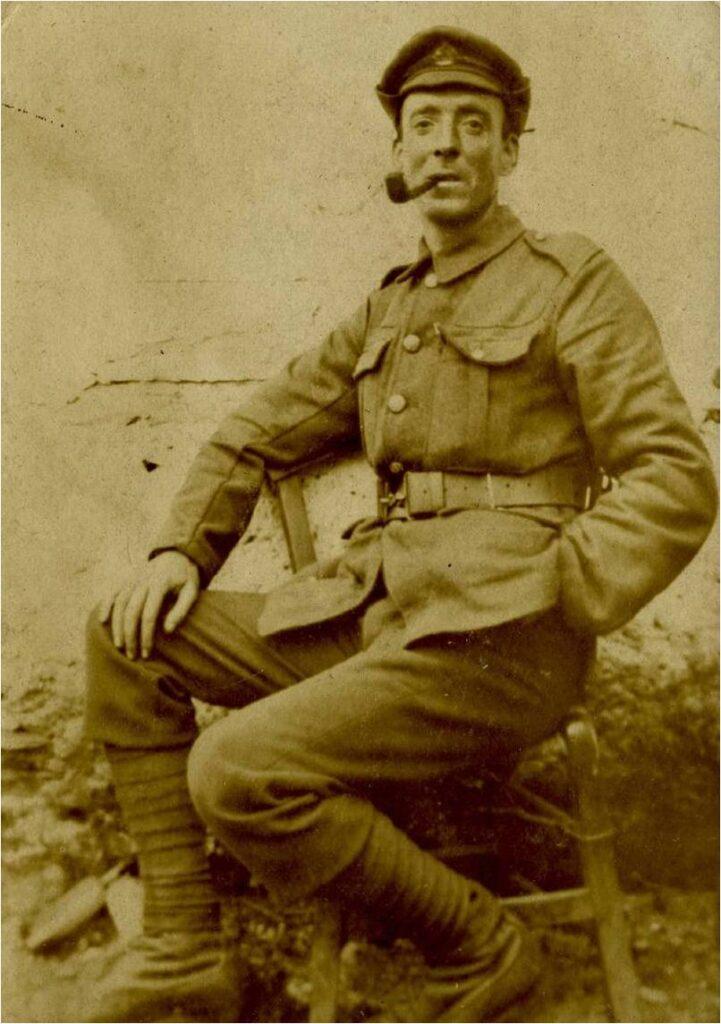 George Bain. Image taken during the First World War whilst serving in the Mediterranean

George trained as an artist in Edinburgh and whilst at Stobs he produced many sketches of army life. His drawings provide a unique, fascinating and sometimes humorous insight in to what it was like at camp in the years before the First World War.

Now, over 100 years later, we are delighted to be able to share these remarkable snapshots of Stobs. We are grateful to Alistair Pringle, Great-Grandson of George, and his family for kindly granting us permission. All images remain the copyright of the George Bain Estate.

During the war George served in Macedonia and returned to take up the position of Principal Teacher of Art at Kirkcaldy High School in Fife, remaining in this post until his retirement in 1946.

He was an accomplished artist in his own right and is best known for his work in Celtic Art and the study of all its various forms and constructs. He is still referred to as the father of modern Celtic design.

The entry on Wikipedia provides additional biographical information and further details on George’s artistic achievements and contribution to the Celtic Art revival.

The main archive of his drawings, designs and artefacts is now cared for by the Groam House Museum in Rosemarkie. Further information can be found on the museum’s website here.

Note: Many of the following drawings are labelled Q.R.V.B.R.S. This refers to the Queen’s Rifle Volunteer Brigade, Royal Scots. 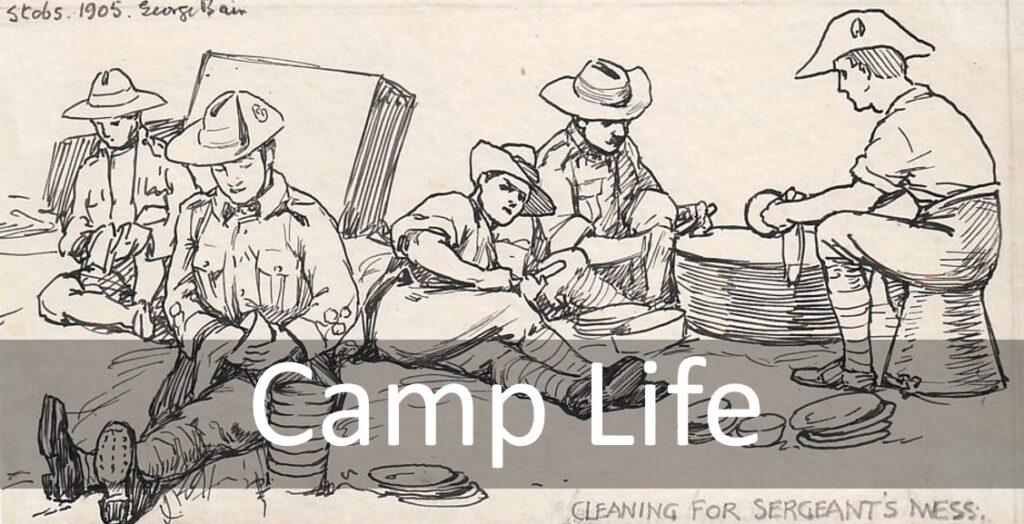 From preparing and eating food, to washing, wrestling and putting the world to rights, George Bain captured what life was like for soldiers at Stobs before the outbreak of the First World War. View the sketches of Camp Life here. 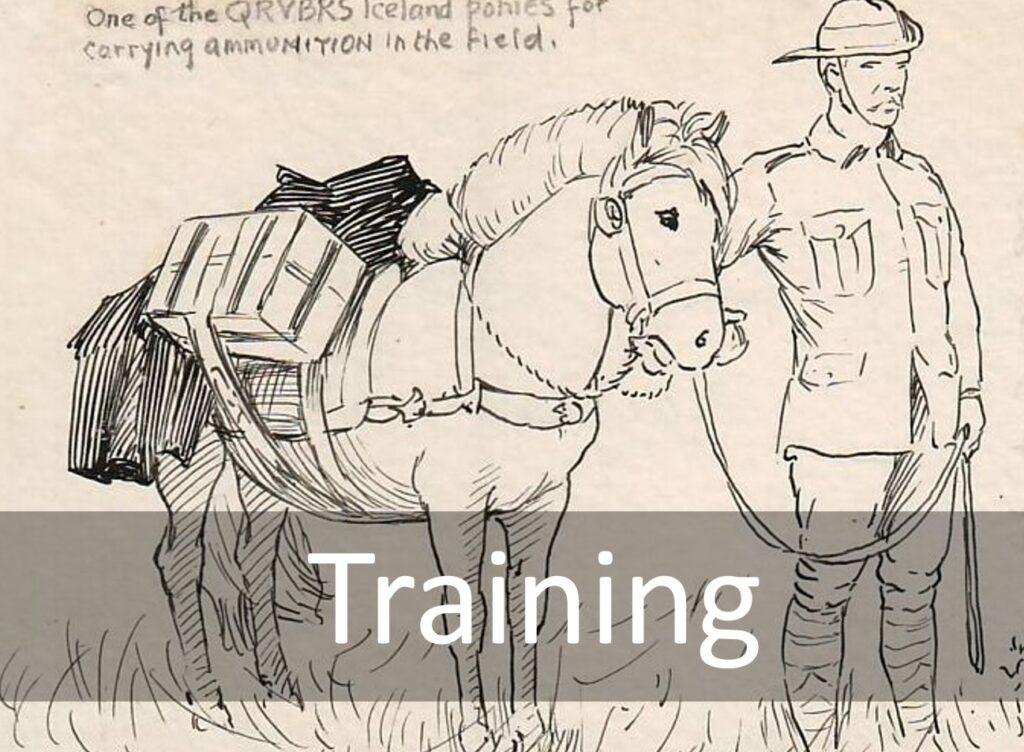 From route marches and mock battles to rifle drills and physical training, George’s fascinating sketches bring to life the training routines at Stobs that we only normally read about in regimental reports. View the drawings here. 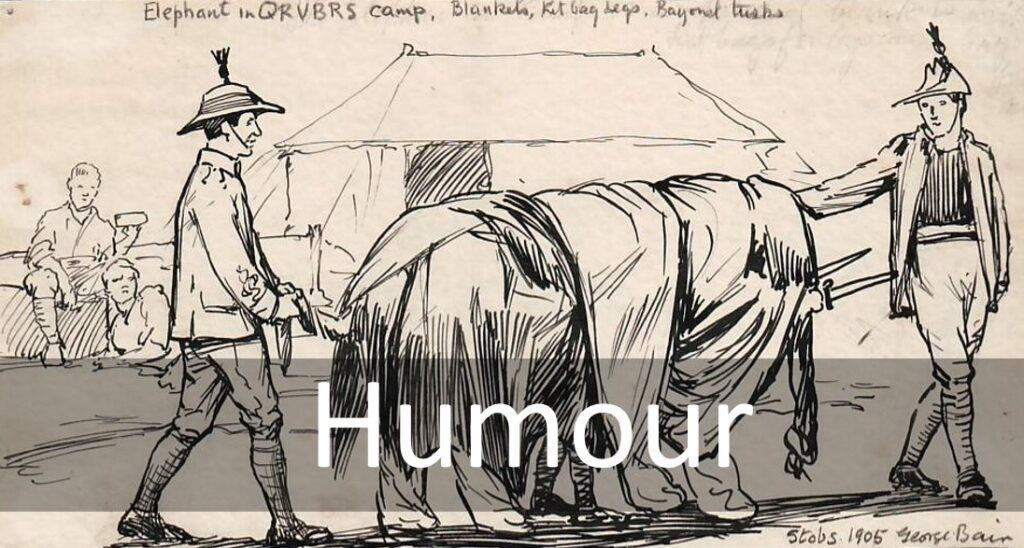 There is a delightful sense of humour that pervades George’s drawings of life at Stobs. From an attack of midges to impersonating an elephant and from a night-time encounter with a hedgehog to an audience with a regimental monkey, these sketches wonderfully capture the light-hearted side of human nature. View the drawings here.