Training at the camp 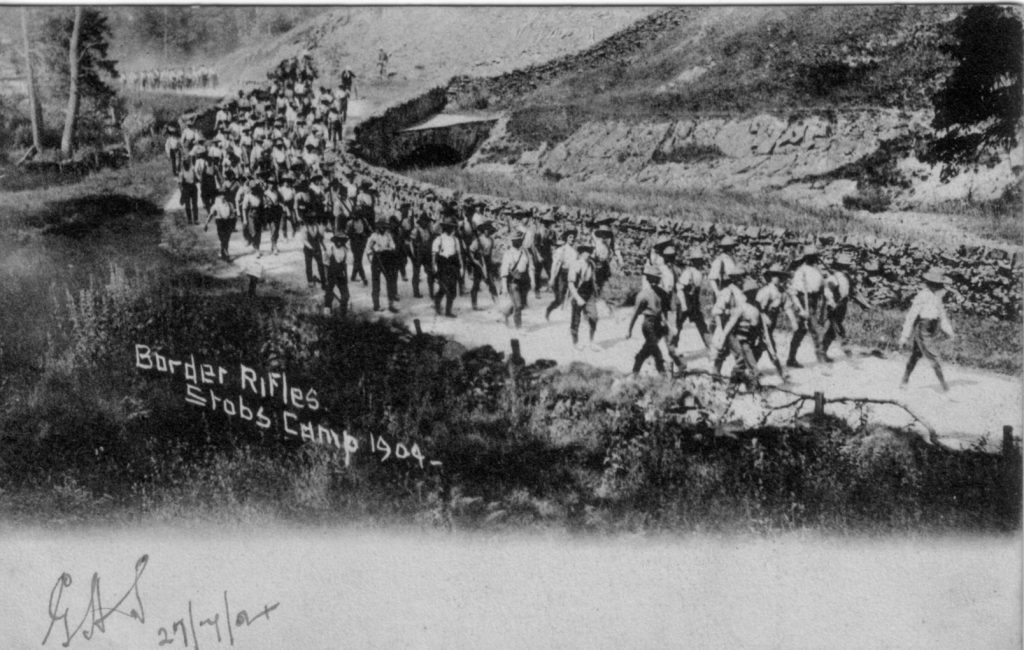 The Territorial Force (TF) was created in 1908, as part of a modernisation of the army, incorporating dozens of part-time volunteer units created in the 19th century. TF Battalions were formed on a county basis, linked to the Regular Army’s county regiments. They were organised into TF Divisions, with their own artillery and engineer units, each Division representing a region of the country. They also incorporated volunteer cavalry units, the County Yeomanry. The TF was created for home defence. 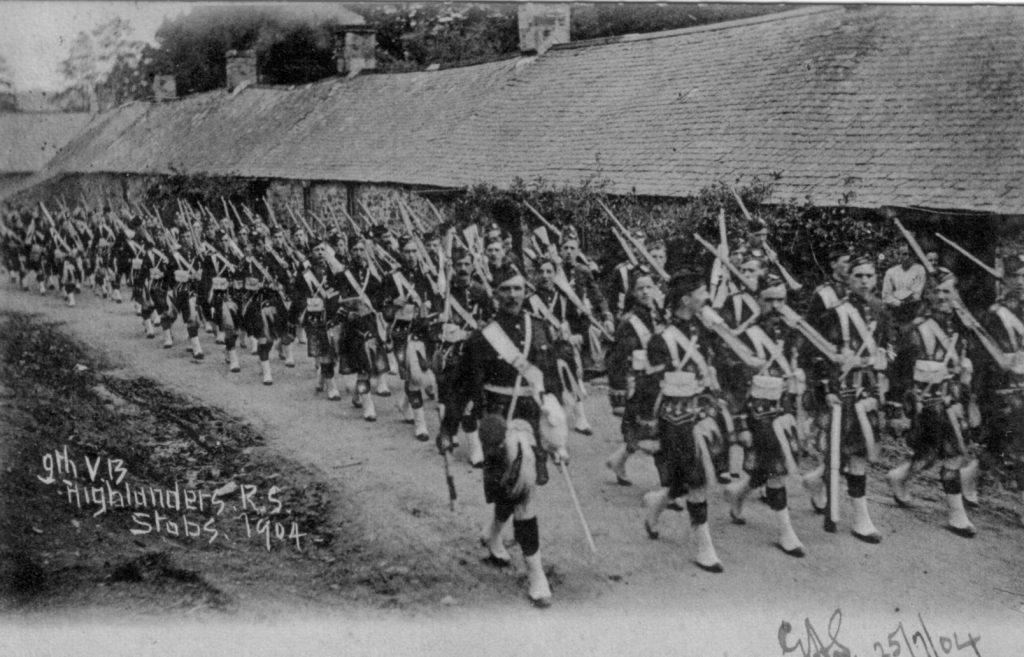 Men were expected to do basic training at their local Drill Hall, usually one or two nights a week, for which they received small expenses, and to attend an annual camp, when they were paid as full time soldiers.

Stobs was used for the annual camps of the Territorials and also hosted a few Regular Regiments but never more in any great number. Stobs Camp had a permanent base staff, year-round, from June 1903 until October 1912. 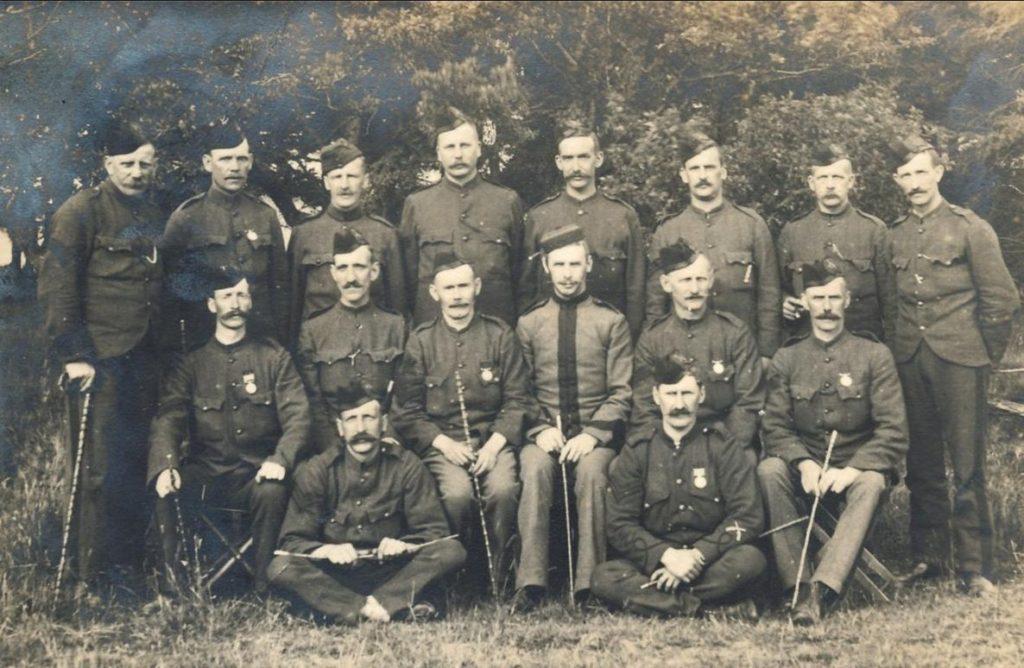 Unknown group at Stobs in 1905