Most of the men posted to Stobs arrived by train on the North British Railway.

“However, internal minutes of the NBR noted the difficulties, and indeed the dangers inherent in the temporary working arrangements of the railway at the camp. The engines of troop trains had to move round their trains on the main line and this was very unsatisfactory. Also, there were great difficulties in unloading troops’ baggage from the trains without loading banks and platforms.” – courtesy Dr Barclay and Historic Environment Scotland.

The NBR announced the opening on 14th June, 1903, of a new  station with signal box and extensive sidings for trains to be unloaded at Acreknowe. 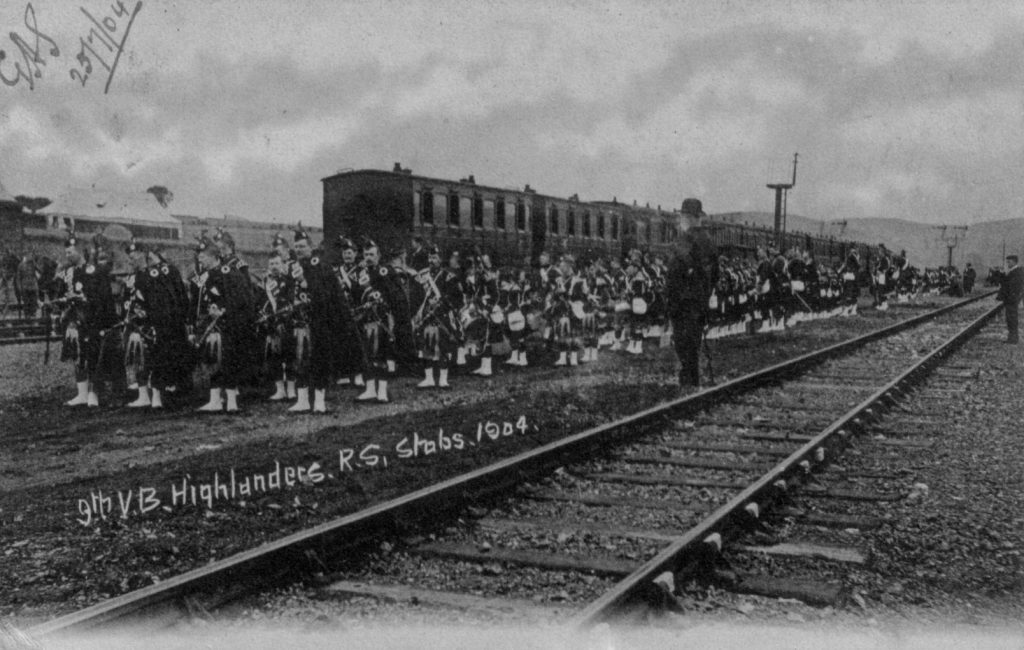 “The sheer number of trains to be unloaded was overwhelming the staff, and proof was provided, in the form of a timetable of ‘special’ trains arriving – on one day no fewer than 25 trains would have to be dealt with. A timetable of the time shows a large number of ‘specials’ to and from Larbert, Ayton (Berwickshire), Kelso, Gretna, Glasgow, Hamilton, Dundee, Edinburgh, Leith, East Linton, Newhailes, Aberdeen, Bo’ness and Armadale.” – courtesy Dr Barclay and Historic Environment Scotland. 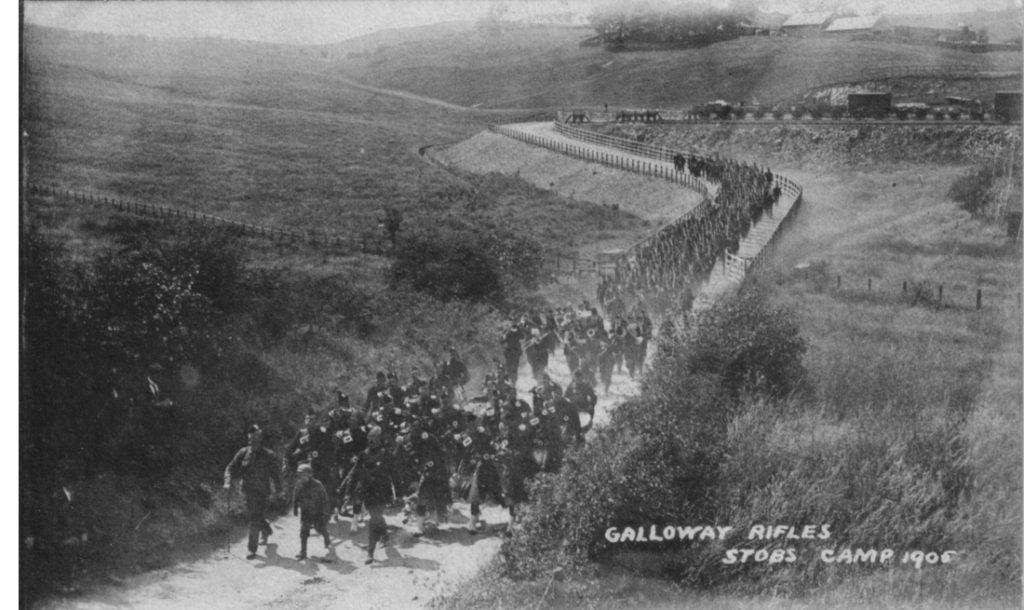