The Regular 1st Battalion Gordon Highlanders went to Stobs for their summer camp at the beginning of May, 1936. A fire in a Royal Engineer store at Stobs was fought by the Hawick Fire Brigade and soldiers of the 1st Battalion, but the building and its contents were ‘practically destroyed’ 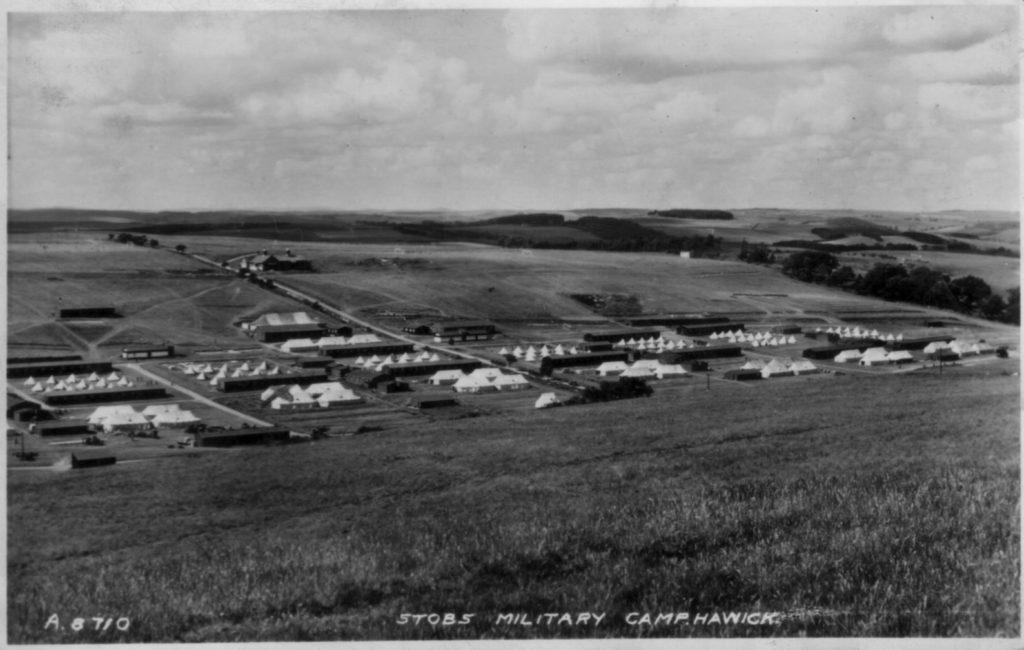 1937 saw a change from the usual run of public school Officer Training Corps at Stobs – 42 boys from poorer families were to be sent to Stobs by the Edinburgh Children’s Holiday Fund (the aim of which was to provide a fortnight’s holiday during the summer for poor children by boarding them in the country).

The Territorial summer camp programme for 1938 was published in May, and the Ayrshire Yeomanry was to go to Stobs from 28 May to 11 June. But the planned training by the Regular Royal Dragoon Guards at Stobs ‘had to be abandoned’, the detachment being sent to train in East Lothian instead. It is likely that an outbreak of typhoid in Hawick that summer was the reason. The Seaforth Highlanders were in camp for the season, and for them Hawick had been put out of bounds because of the outbreak.

In March 1939 it was announced in Parliament that the Territorial Army was to be more than doubled in size, to 340,000 men. Numbers had reached nearly 300,000 by late July. In June, Stobs was announced as a temporary training centre for Militiamen: a draft of 1,300 youths was expected in mid-July. This was part of a rapid expansion of the reserves: these included 1,203 men to the ‘Royal Artillery Air defence of Great Britain Searchlight Militia temporary camp at Stobs’. The men were expected to remain in huts and under canvas ‘on the site of the old German internment camp’ until another camp was made ready.

After another period of decline, Stobs was to become important again. 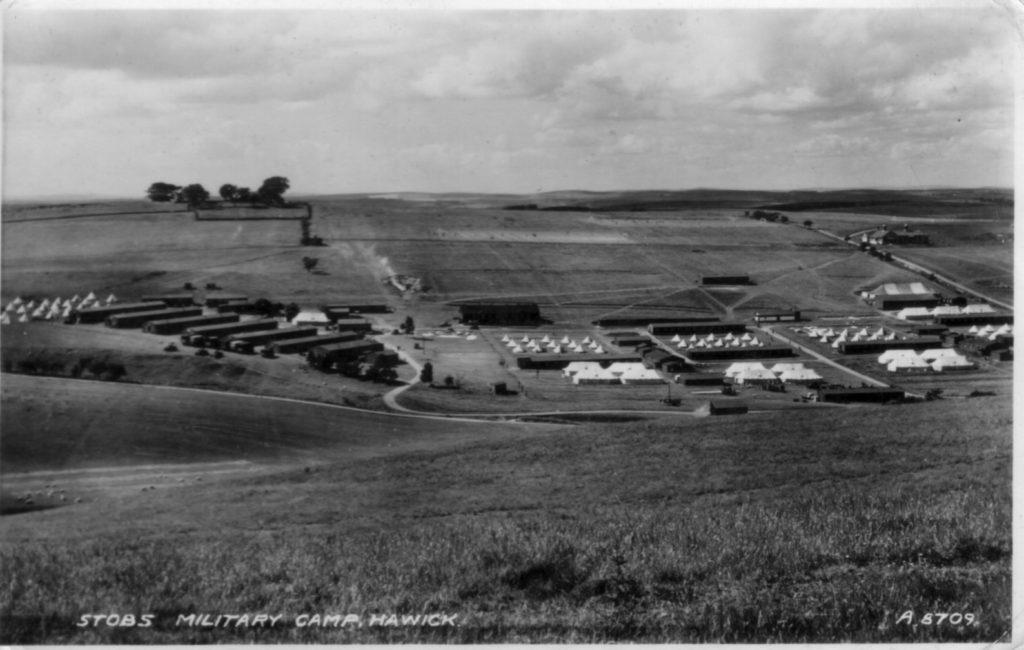