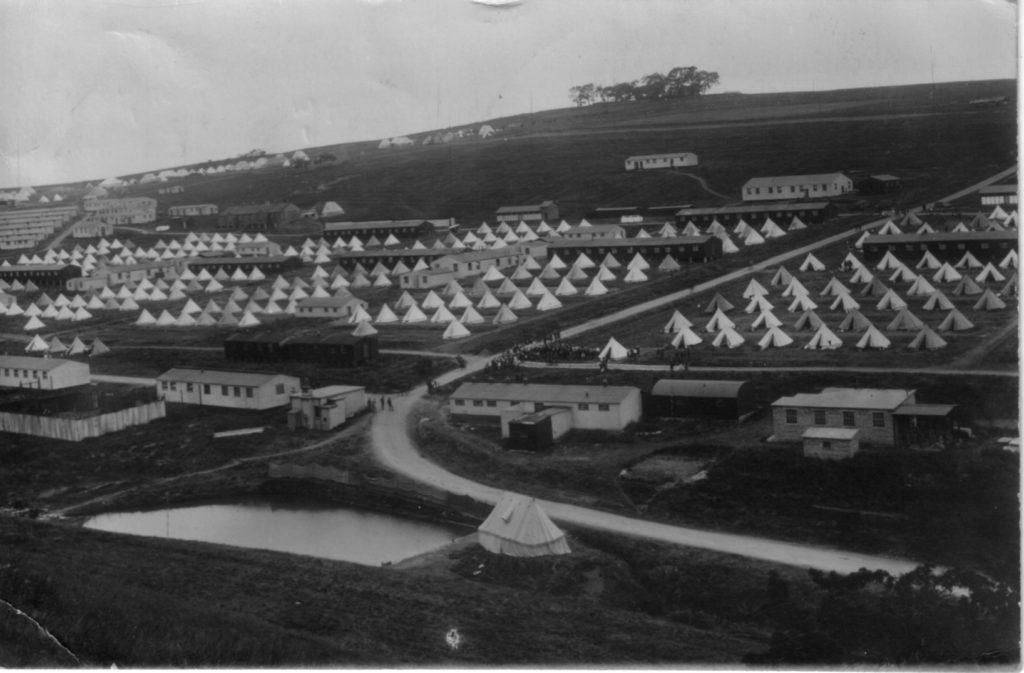 The camp, possibly in 1924. The PoW hospital is still complete (top left), and some of the barrack huts, the cookhouse and some ancillary buildings survive. The important administrative buildings outside the compound (foreground) are still in place.

In May 1934 about 20% of the 2nd Battalion Black Watch went to Stobs, while most of the battalion was appearing at the Royal Military Tournament at Olympia and then the Scottish Command Military Pageant in Edinburgh: ‘…at the end of the week we proceed to Stobs to be reminded that, officially at least, we are not actors, but soldiers’.

While ‘Those of us who were not required at Olympia or Maryhill, arrived at Stobs on May 15th, where we were greeted by snow and hail storms, which have now developed into the rain, characteristic of Stobs’. 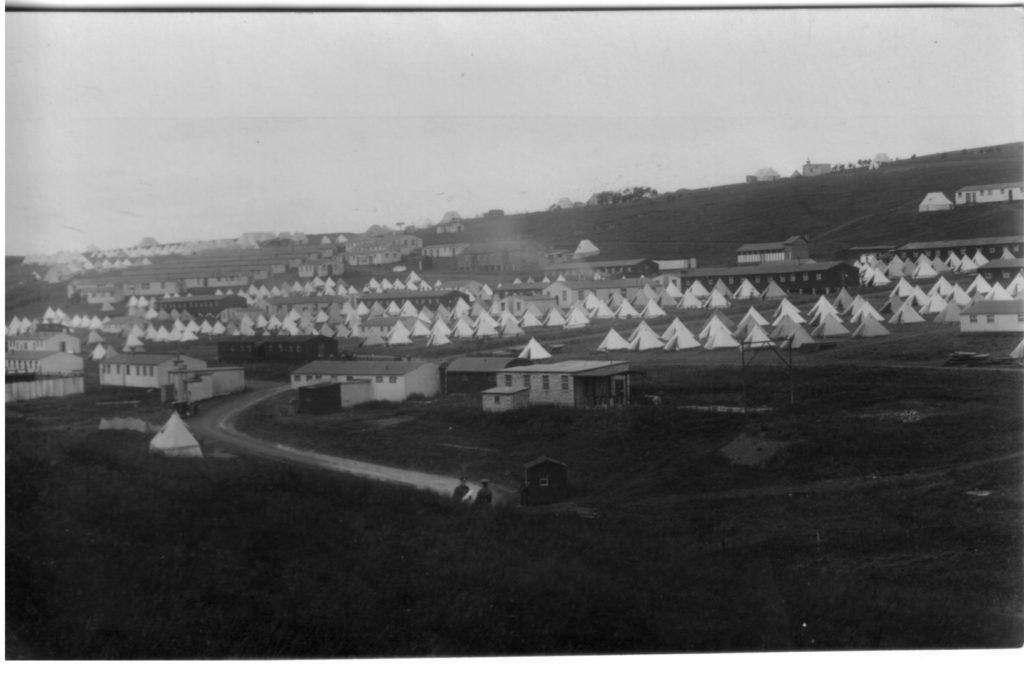 The report of the camp by the 4th/5th Battalion Black Watch noted the dearth of recreational facilities at Stobs, but their account noted a strange coincidence:
There was one curious coincidence in connection with Camp at Stobs. During the War, Stobs was used as a German Prisoners of War Camp, and the Officers’ Mess chef supplied [in 1934] by the caterers was a prisoner there for two years, and happened to cook in the same cook-house in 1934 in which he was employed during his internment. Curiously enough, he was delighted to get back to Stobs, and had many interesting stories to relate. (Black Watch 1934 Red Hackle, no. 55, October 1934, p27)