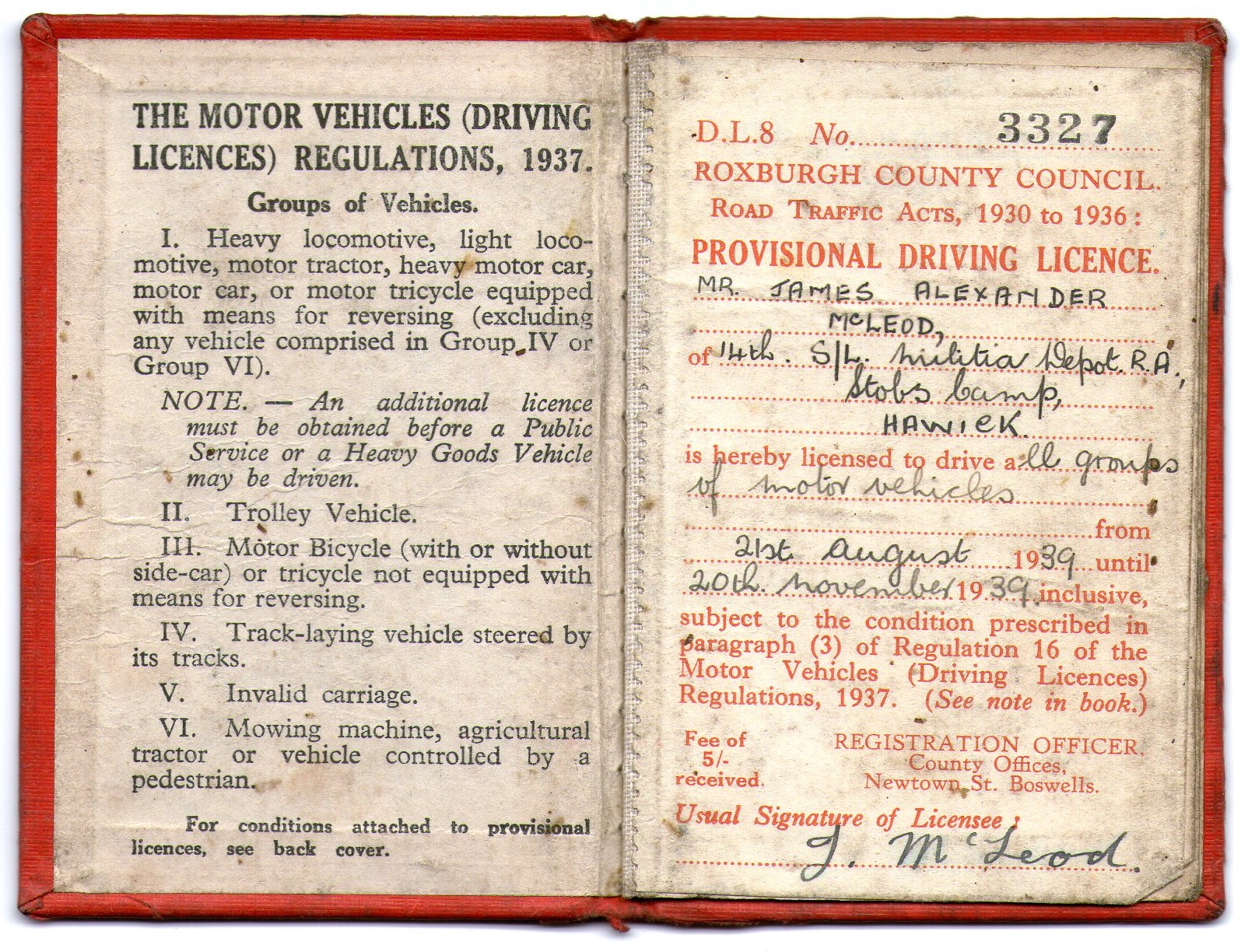 James enlisted as a volunteer on 17 July 1939. He was transferred to 2nd Corps Troop Supply in Portsmouth on 9 September 1939, two days after his 21st birthday and a week after the outbreak of the Second World War.

With thanks to Sheila O’Donnell, daughter of James Alexander McLeod.