With the coming of the Great War, Stobs Camp moved from being a summer only camp to being used all year to train the vast number of raw recruits and partially trained Territorials for service overseas.

Stobs, relatively rural and away from any major population centre, was also chosen to be used as a camp for the detention of enemy aliens, civilians at first, and then prisoners of war. As the war progressed, Stobs became the HQ camp for all PoW camps in Scotland. 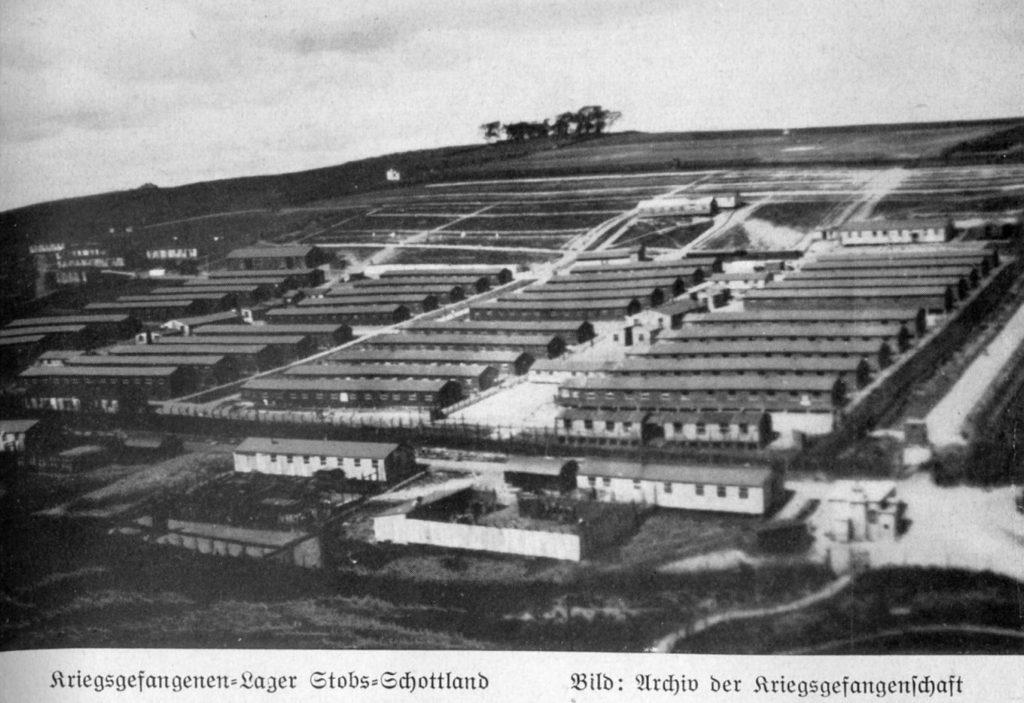 The first civilian internees arrived at Stobs on 2 November 1914 and the first of several thousand military prisoners of war started to arrive early in 1915.

To house these men, a PoW camp was built on the slope of Winningtonrig Farm. A total of 80 wooden huts, measuring 120 feet by 20 feet each were enclosed within a barbed wire compound.

The prisoners are housed in huts 120 feet long by 30 feet broad. These are built for 60 men. I found, on an average, 33 men in each hut. There are doors at either end of these huts and four or five windows on each side, each window being about 3½ by 4½ feet.
Between 50 and 70 civilian joiners at Stobs engaged in connection with the large number of huts being built went on strike on 6 April 1915 for increased pay.The government response was swift – 100 Royal Engineers arrived from Edinburgh on the morning of the 7th to replace them. The strikers gave in.